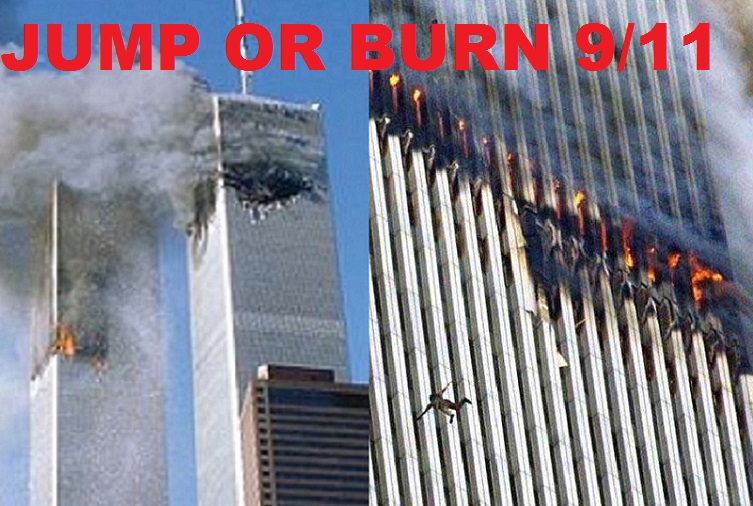 FBI needs to stop hiding what happened in Sarasota before 9/11, Biden Signs Order to Release 9/11 Classified Documents. "Someone knows the secrets of Sarasota in regards to 9/11". Friday Sept 3rd, 2021 President Joe Biden has signed an executive order directing the FBI to release long-awaited classified documents regarding Saudi Arabia’s connection to the Sept. 11, 2001, terror attacks, a source close to the Biden administration told Newsmax. So where are the documents? “The families of those murdered on 9-11 have waited far too long for these documents to be declassified by the federal government, and I salute President Biden for doing the right thing,” Senate Leader Chuck Schumer said in a statement to The Post. "We'll See". 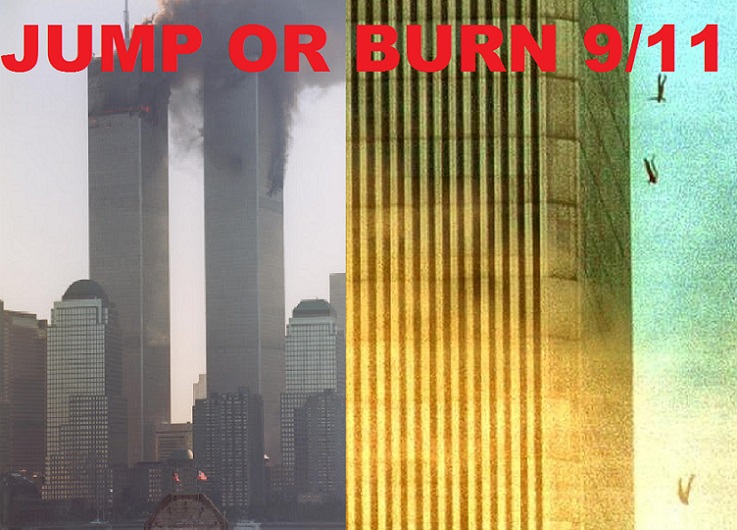 Biden’s decision to move on the executive order this week comes after 9/11 victims’ families asked an inspector general in the Department of Justice to investigate their claims. The only specific document President Biden ordered to be reviewed for public release “no later than September 11, 2021” is an April 4, 2016 “electronic communication from the subfile investigation,” of the FBI that’s also known as Operation Encore. That report is said to be a 16-page summary of Encore’s findings about possible Saudi government complicity in 9/11. Encore was a secret offshoot of PENTTBOM, the code name for the FBI of the Sept. 11, 2001 al Qaeda attacks, the largest criminal inquiry in the nation’s history."We'll See". 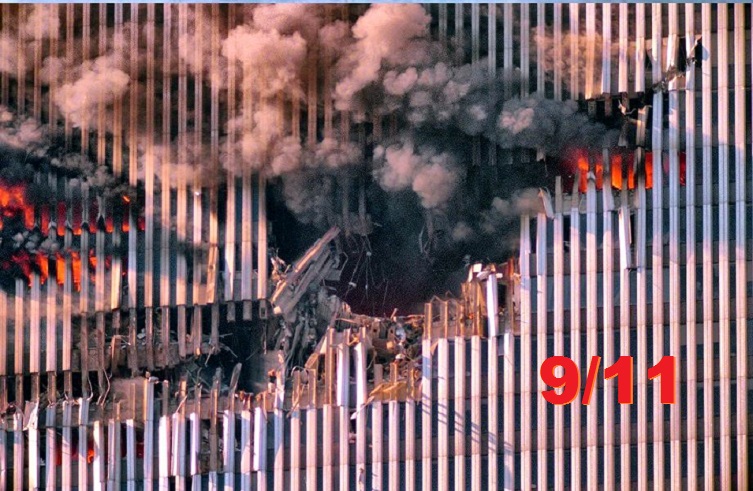 The 9/11 families allege that the FBI lied about or destroyed evidence tying Saudi Arabian officials to the team of al-Qaeda hijackers. For the past 21 years, a group of 9/11 victims’ families have fought a tireless but fruitless battle for additional U.S. government information about the terrorist attacks two decades ago that killed almost 3,000 people and wounded countless others. The most recent request sought evidence that included phone records and a videotape of a party in California that two of the hijackers attended more than a year before the attacks. "We'll See". 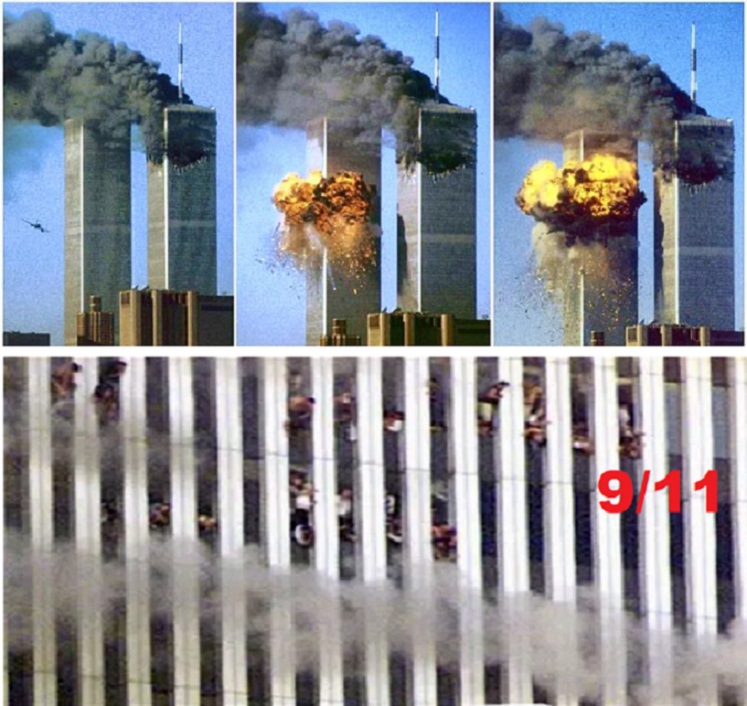 "The 9/11 victims America's media wants to forget": The 200 jumpers who flung themselves from the World Trade Twin Towers who have been 'airbrushed from history'. From the earliest days after the 9/11 attacks, the American establishment and the media showed an overwhelming reluctance to dwell on those who jumped or fell from the Twin Towers. 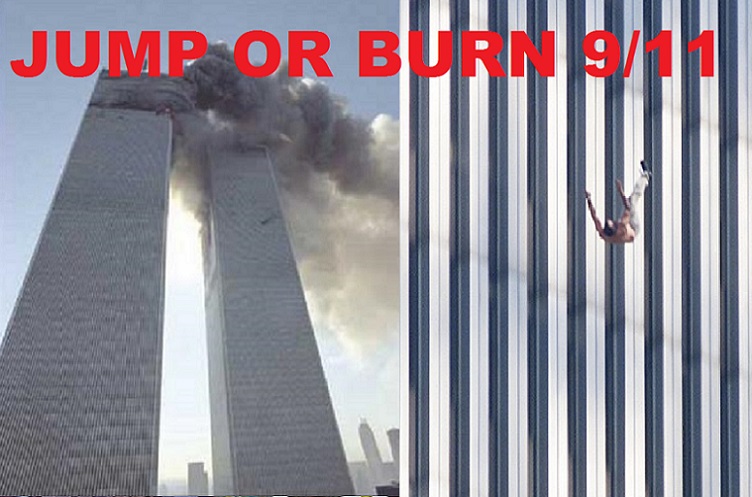 At the office of the New York chief medical examiner in NYC, a spokesman said that they did not consider these people ‘jumpers’ on 9/11. She insisted they fell from the 1,350ft tall, 110-floor skyscrapers, for jumping would imply suicide. ‘Jumping indicates a choice, and these people did not have that choice on 9/11,’ she said. ‘That is why the deaths on 9/11 were ruled homicide, because the actions of other people (al-Qaeda) caused them to die. The force of explosion and the intense fire behind them forced them out of the windows, they had no choice.’ 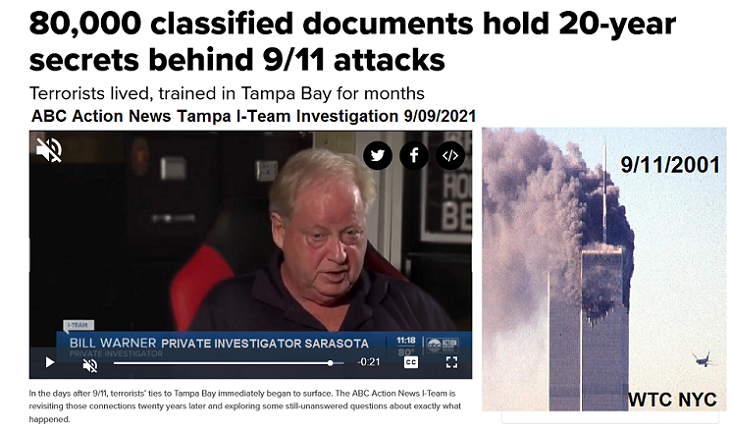 UPDATE SEPT 9th, 2021: ABC ACTION NEWS 9/11 SUPPORT NETWORK IN SARASOTA: Click image above for ABC News video and print story. $4,000 phone bills fished from the trash/ Sarasota private investigator Bill Warner started his own investigation in 2002. “They were here, in my neighborhood. So I had to look at it, kept looking at it,” Bill Warner said, he partnered with police, sheriff’s deputies and was eventually paid by ICE for providing surveillance photos and phone bills he collected from the garbage cans of people of interest. Bill Warner said some of the cell phone bills he collected were 35-to-40 pages long, with calls made to phone numbers located all over the world. At that time, cell phone and long-distance companies charged by the minute for calls. “The bills you could see they were $1,200, $1500, $2,000, sometimes even $4,000 a month,” Bill Warner said. ”These are guys living in duplexes, driving old cars, who don’t have a job, see more CLICK HERE. 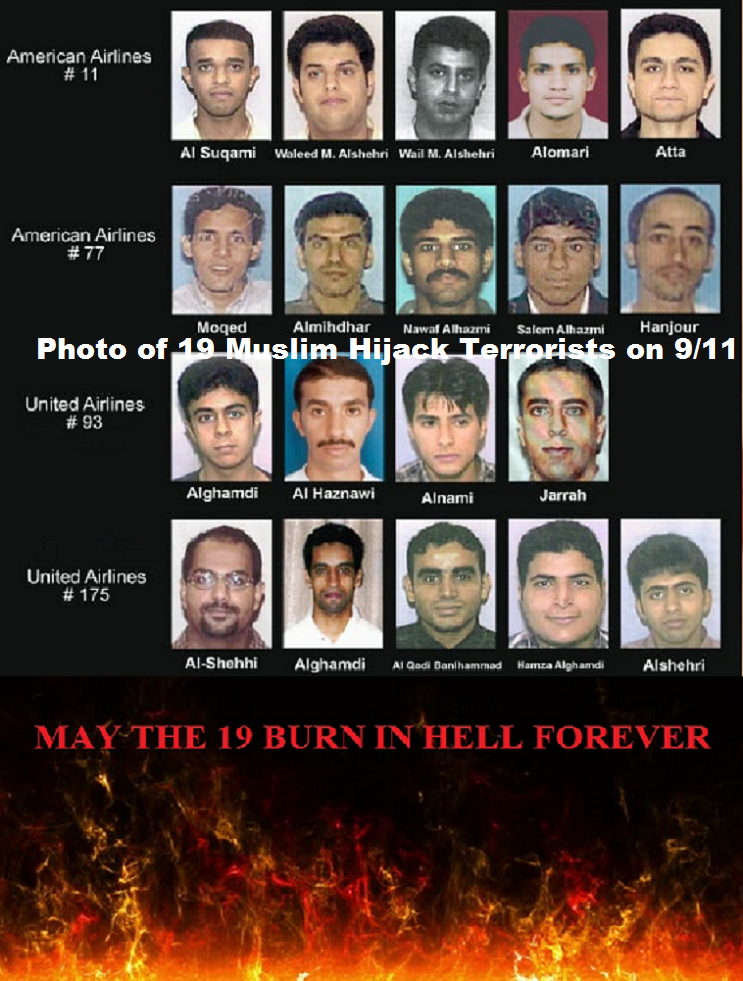 Photo of the 19 Muslim Hijack Terrorists on 9/11, may the 19 burn in hell forever! Mohmaed Atta, Marwan al-Shehhi, Ziad Jarrah and Walled M. al-Shehri were all reported to have frequently visited the 'Saudi Royal Family' linked Abdulaziz al-Hijji aka "Azziz" house in Prestancia Sarasota Fl. Who says there ain't no coincidences in terrorism, eh? 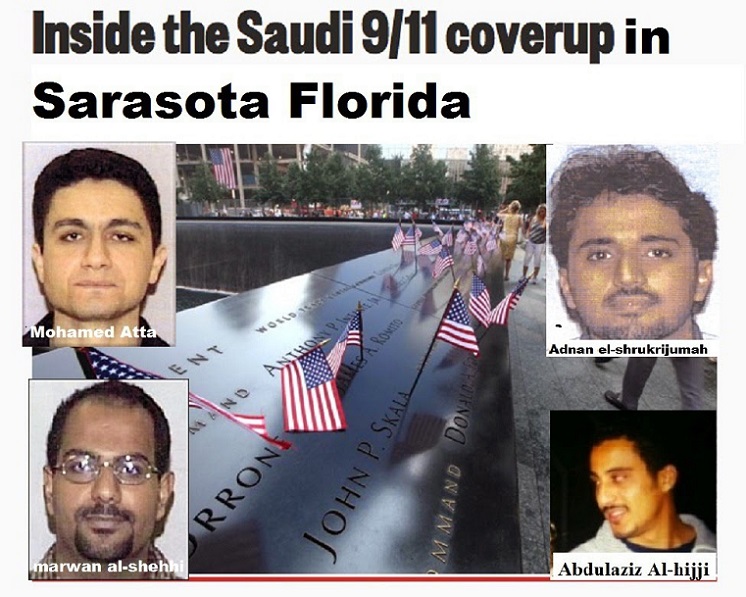 FBI needs to stop hiding 9/11 hijackers cell phone records and what happened in Sarasota before 9/11. Fifteen of the 19 hijackers were citizens of Saudi Arabia. Several 9/11 hijackers had been in contact with Abdulaziz al-Hijji aka "Azziz" and his family, who departed their Prestancia Sarasota home so suddenly that they left behind cars, clothes, a full refrigerator and an open safe in the bedroom. Were the 9/11 hijackers aided and abetted in their evil by the government of Saudi Arabia? A 2002 FBI document that said agents found “many connections” between the al-Hijji family and at least 3 of the 9/11 hijackers who took flying lessons at a nearby Venice airport. The DOJ says releasing some 80,000 pages of FBI files on the Sarasota investigation will endanger national security and expose sensitive law enforcement techniques and sources. It is a known fact that some of the 9/11 hijackers, including infamous ringleader Mohamed Atta, had been in contact or visited al-Hijji’s ("Azziz") home in Prestancia Sarasota Fl, repeatedly. There ain't no coincidences in terrorism. 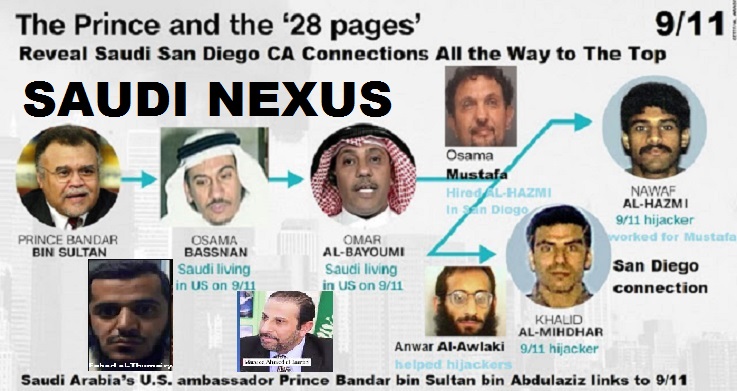 9/11 hijacker Khalid Al-Mihdhar (his photo above) and the Justification for NSA Bulk Collection, former FBI Director Robert Mueller, testifying before Congress in June 2013:...Before 9/11, there was an individual by the name of Khalid al-Mihdhar, who came to be one of the principal hijackers. He was being tracked by the intelligence agencies in the Far East. They lost track of him. At the same time, the intelligence agencies had identified an al-Qaeda safehouse in Yemen. They understood that that al-Qaeda safehouse had a telephone number, but they could not know who was calling into that particular safehouse. We came to find out afterwards that the person who had called into that safehouse was al-Mihdhar, who was in the United States in San Diego. If we had had this program in place at the time, we would have been able to identify that particular telephone number in San Diego….[T]he opportunity was not there. If we had had this program that opportunity would have been there. 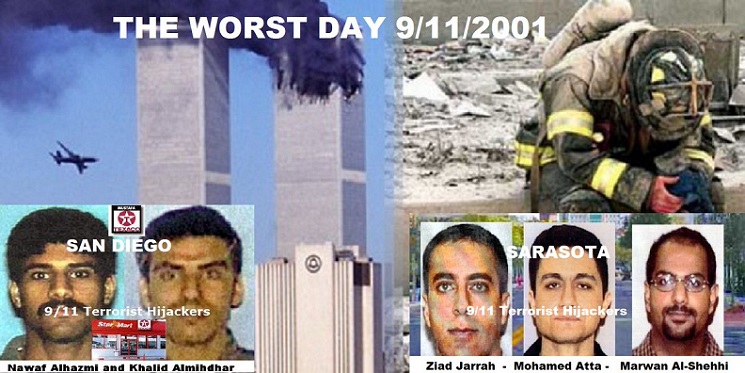 The 'Worst Day' Tuesday September 11 2001 with support networks in San Diego and Sarasota. As former NSA Director Keith Alexander, also in testimony before Congress, described the problem, the intelligence community “couldn’t connect the dots [before 9/11] because we didn’t have the dots.” There’s only one problem: that's just not true. The fact is, U.S. intelligence agencies knew of Khalid al-Mihdhar long before 9/11 and had the ability find him. In the years, months, and days before 9/11, the NSA already had access to a massive database of Americans’ call records. Analysts—at NSA or CIA—could have easily searched the database for calls made from the U.S. to the safehouse in Yemen. They simply didn't. There ain't no coincidences in terrorism.

Email ThisBlogThis!Share to TwitterShare to FacebookShare to Pinterest
Labels: FBI Needs to Stop Hiding Sarasota Saudi Family Connection to Muslim Hijack Terrorists When It Was Jump or Burn on 9/11
Location: Sarasota, FL, USA