10 YEARS AGO TODAY ON JUNE 3rd LAUREN SPIERER DISAPPEARED FROM IU CAMPUS. Mothers of Hannah Wilson, Lauren Spierer believe convicted killer Daniel Messel could be tied to more unsolved cases. Serial Killer: Daniel Messel convicted of murder IU student Hannah Wilson possible link to missing IU student Lauren Spierer. Daniel Messel is a Serial Rapist who may very well be a Serial Killer, he preyed on young female IU college students who had been out partying in Bloomington IN. It appears that Daniel Messel's favorite haunt for hunting young inebriated IU females was Kilroy's Sports Bar. Records indicate that Daniel Edward Messel, DOB Aug 7th, 1965, age 55, has been convicted of one murder, one rape and one attempted rape, how many other unsolved cases are there near the IU campus that could have originated at Kilroy's Sports Bar? For Daniel Messel, the murder conviction of Hannah Wilson ads to decades of violent behavior frequently against women that stretches back into the 1980s and landed Messel in county jail and state prison. 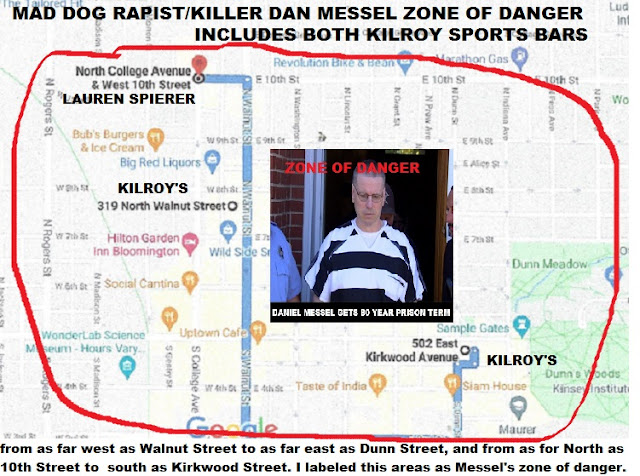 ZONE OF DANGER: Daniel Messel demonstrated a modus operandi of harassment and assault from as far west as Walnut Street to as far east as Dunn Street, and from as for North as 10th Street to as far south as Kirkwood Street. Brown County Prosecutor Ted Adams labeled this areas as Daniel Messel's zone of danger where the hunter hunted. Both Kilroy's Sports Bars are in Daniel Messel's zone of danger. Lauren Spierer was last seen heading south towards 10th Street; the northern edge of this danger zone. She was intoxicated and alone. My (Ted Adams) opinion is simple: her disappearance and vulnerability is consistent with the zone of danger of Daniel Messel, a convicted murderer; a man who was found to have plucked a young student from that same zone of danger and intentionally killing her. Friends reported 22-year-old Hannah Wilson missing after a night spent celebrating Little 500 and her impending graduation. Around 1 a.m. Friday, April 24, 2015 Wilson left Kilroy's Sports Bar and took an e2taxi to her 8th Street home. Lauren Spierer went missing on Friday June 3rd, 2011 at about 4:30 a.m. from 10th Street she had also been at Kilroy's Sport bar. An early morning driver spotted Wilson's body in rural Brown County. Autopsy results showed that Wilson had been struck in the back of the head multiple times, and her death was ruled a homicide caused by blunt force trauma. Police arrested Daniel E. Messel on a preliminary charge of murder later that day, Friday, April 24, 2015. Police found the Bloomington man's cell phone at Wilson's feet, claw marks on her arms and blood in his car. On Sept. 22, 2016 Daniel Messel was sentenced to 60 years for murder and 20 for being a habitual criminal offender. Messel now appeals. 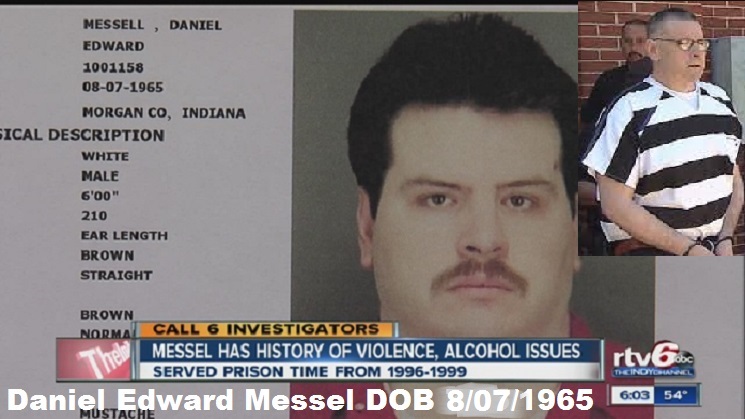 Daniel Messel's arrest and murder conviction, and rape conviction, and attempted rape conviction indicates that there could/are more victims. A fellow inmate claims Messel "was a sadist and a rapist" who would cruise the IU campus posing as a security guard trolling for women. The inmate claims that "a friend of his" hit a blonde woman he believes to be Lauren Spierer and then disposed of her along highway 46. Inmate David Hayden at New Castle Correctional Facility has come forward with information on Daniel Messel, the killer of IU student Hannah Wilson. He claims to have information on Messel’s past criminal history, according to letters found in Messel’s case file. Hayden, an inmate in the psychiatric unit of the prison, has written the prosecutor five letters over the course of the Messel case. In the letters he states he has knowledge that Messel has previously picked up intoxicated women, assaulted them and left them in various locations. Hayden also said he has information on the death of IU student Lauren Spierer. 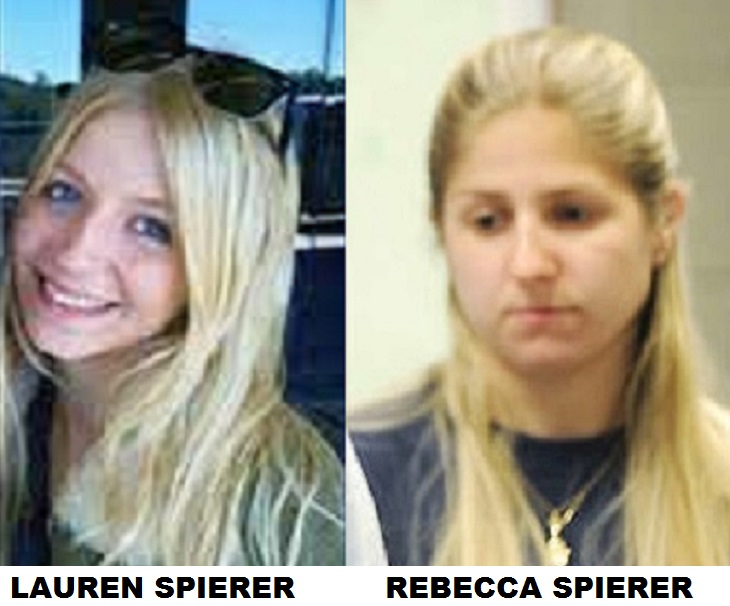 In a letter, inmate David Hayden, claimed that in 2011 a friend  hit a woman he believes to be Spierer with his vehicle, killing her. The friend later disposed of the body along Highway 46. Hayden said he “relocated her remains during a camping trip to the Brown Co. Area, Memorial Weekend 2012.” Hayden also said he is in possession of photos of two ID's found on the body (Lauren Spierer) — one with the name ‘Rebecca.' Robert and Charlene Spierer, Greenburgh, N.Y. raised two daughters, Rebecca and Lauren Spierer. Rebecca Spierer was 26 years old when her 20 year old Lauren Spierer went missing on June 3rd, 2011. A person must be 21 years of age to legally consume alcohol in Indiana. Lauren Spierer most likely was using her sisters Rebecca ID to be able to drink in bars around IU. In 2017, Brown County prosecutor Ted Adams said he believed Daniel Messel, who he'd convicted of murder in the 2015 slaying of IU student Hannah Wilson, may also be responsible for Lauren Spierer's disappearance on June 3rd 2011. A Monroe County judge sentenced Messel to eight years on the battery charge and seven years for being a habitual offender. Messel will serve those 15 years concurrently with the 80-year sentence for his conviction in the April 2015 slaying of 22-year-old Hannah Wilson of Fishers, Indiana. BLOOMINGTON, Ind Another Victim. – April 24, 2018. A man serving an 80-year sentence in the killing of an Indiana University student has pleaded guilty to sexually assaulting another IU student. Daniel Messel pleaded guilty Tuesday to battery resulting in serious injury in the September 2012 attack on the then-22-year-old woman at Bloomington’s Lake Griffy. A Monroe County judge sentenced Messel to eight years on the battery charge and seven years for being a habitual offender. Records uncover a trail of troubling behavior that one victim says should have raised flags. Suspicious man trolling outside IU bars. “They witnessed this person basically trying to find women to get into his car”. It's a familiar scene in the heart of a college town: young IU co-eds out for the night enjoying food and drinks at off campus establishments. But in the fall of 2012, women leaving bars after a night of drinking crossed paths with a man who would first ask for directions and then try to get them into his car. Six young women called police. Some of them reported a suspicious man trying to get girls into his silver Kia SUV. One reported an attempted rape, and yet another was the victim of a sexual battery. The reports came within weeks of each other, described a similar man, and revealed a troubling pattern. The suspect appeared to be targeting women who were vulnerable and under the influence of alcohol. One night, while sitting on her porch on Grant Street, a friend emerged from the dark, running toward her. A man had approached her friend twice and tried to get her into his car. "She was just so freaked out. That was aggressive enough to me that I felt like we should call the police," the woman recounted. That was August 29, 2012. Three days later, on September 1, Indiana University police responded to the attempted rape of a 22-year old law student. She reported she had been out drinking and ended up in a car with a strange man who tried to sexually assault her. She fought back and scratched him before he punched her in the face and took off. She told I.U. Police she couldn't identify him, but during the medical exam, investigators found she had snagged his DNA under her fingernails. 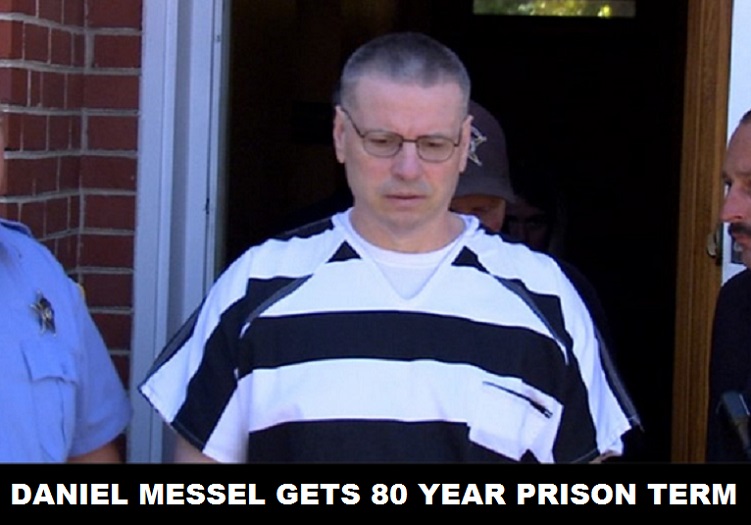 Daniel Messel’s troubles with the law in Monroe County go back more than 25 years. He was arrested after a girlfriend told police he battered her and confined her in an apartment. He was also arrested on allegations that he beat his grandmother and broke bones in her face. In March 1993, Messel pleaded guilty to one of three battery charges against him and got a 30-day suspended jail term and six months of probation. In February 1994, a criminal recklessness charge was dismissed and Messel pleaded guilty to leaving the scene of an accident; a 182-day jail sentence was dismissed. Three months later, he was arrested for driving while intoxicated, and was sentenced two years later to 120 days on house arrest and a year on probation. According to Monroe County Jail and court records, Messel spent one day incarcerated at the local jail — May 12, 1994 — after an OWI arrest and one day — Aug. 12. 1995 — after a felony domestic battery arrest. In August 1995, he got the maximum 8-year sentence for felony battery and prosecutors dismissed a charge that he was a habitual criminal offender, which would have added time to his prison term. Messel was put on probation for six years after his release from prison in 1999. For the next decade, it appears Messel stayed out of trouble with the law. Then he got a speeding ticket in 2009, which he paid. Messel was charged with battery resulting in injury in November 2006, but the charge was reduced to disorderly conduct. He pleaded guilty and paid $159 in court costs, a $50 public defender fee and a $1 fine. Oct. 2016
Monroe County, Ind., prosecutors charged 51-year-old Daniel Messel with attempted rape, criminal deviate conduct and several felonies stemming from the September 2012 attack on a 22-year-old IU woman.

It was all Brian Laundrie's plan to kill himself that he kept to himself, Bill Warner claimed