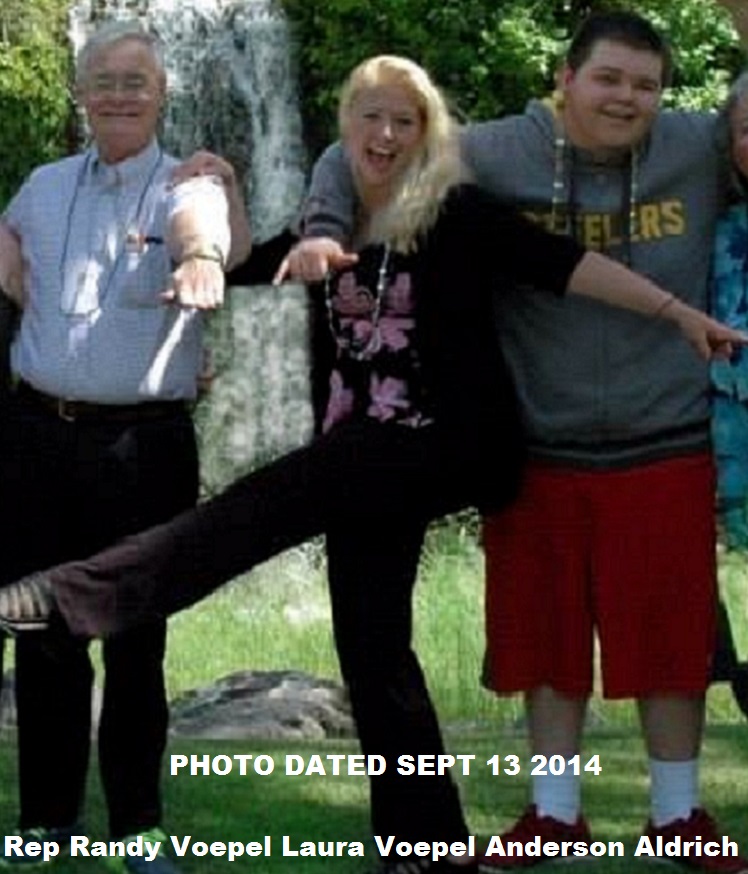 PHOTO credit public Facebook page of Laura Voepel.
Anderson "Andy" Lee Aldrich, DOB 5/20/2000, is only 14 years old as seen in the photo above, he towers over his mom Laura Voepel. Mass murder suspect Anderson "Andy" Lee Aldrich is the grandson of outgoing Republican state Rep. Randy Voepel, the former mayor of Santee, California. Randy Greg Voepel (born September 21, 1950) is an American politician serving as a of the California State Assembly from the 71st district. His grandson Anderson "Andy" Lee Aldrich is a hulking 6' 6" tall and over 250 lbs. There were calls to expel Republican Randy Voepel from the state Assembly after he made comments comparing the January 6 attacks to the Revolutionary War. Anderson Aldrich’s mother, Laura Voepel, has written posts praising Rep. Randy Voepel on Facebook and confirming he is her father. On Anderson Aldrich’s birthday, Laura Voepel wrote on Facebook, “My boys 15 birthday! He got head to toe (6’6″) ghillie military suit ànd he is surfing cloud 9.” She tagged her mother in the post, who is Randy’s ex-wife. May 2022, Can anybody refer my son Anderson to a private boxing coach? He’s 6’6” tall and hits like a freight train. Cannot find a good gym or anyone serious. He has made huge life changes and needs this! Mass Murder at gay nightclub Q in Colorado Springs CO by Anderson "Andy" Lee Aldrich armed with a handgun and a long gun (assault rifle) mimics mass murder at gay nightclub Pulse in Orlando by lone wolf Islamist terrorist Omar Mateen armed with a handgun and a long gun (assault rifle). In Colorado Springs CO at least five people were killed and 18 others injured in a mass shooting at gay nightclub Q on Saturday, according to police they did locate one individual Anderson "Andy" Lee Aldrich who is believed to be the suspect inside, he has prior arrest in 2021 for a bomb threat that included multiple firearms. Anderson "Andy" Lee Aldrich was arrested after a standoff and charged with six felonies in June 2021. But Anderson "Andy" Lee Aldrich was not prosecuted, records show. The El Paso County district attorney has not commented on why the case was dropped (political connections). 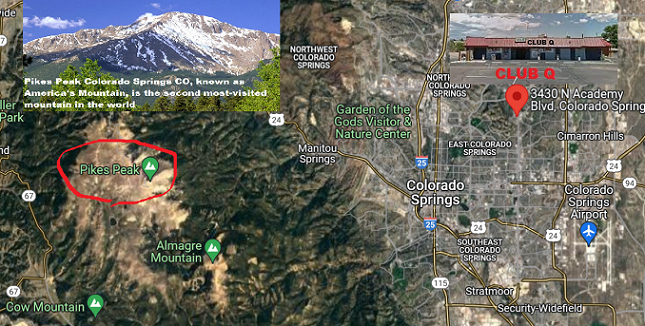 Back on June 18th, 2021 COLORADO SPRINGS, Colo. (KRDO). Friday afternoon around 2:00 p.m., deputies with the El Paso County Sheriff's Offices responded to reports of a bomb threat on Rubicon Drive in the Lorson Ranch neighborhood, just south of the Colorado Springs Airport. The suspect, 21-year old Anderson "Andy" Lee Aldrich, DOB 5/20/2000, refused to comply with deputies' orders to surrender. Anderson "Andy" Lee Aldrich is a hulking 6' 6" tall and well over 250 lbs. He was arrested last year (June 2021) for a bomb threat against his mother, Laura Voepel. It was reported to the Sheriff's Office that he had a homemade bomb, multiple weapons, and ammunition. A Tactical Support Unit, which includes the Regional Explosives Unit was called in. Around 10 homes were evacuated in the surrounding area, while an emergency text notification was sent out to homes within a 1/4-mile radius of the address. The Regional Explosives Unit cleared both homes and did not find any explosive devices. At around 6:00 p.m., the suspect was taken into custody and has been booked into the El Paso County Jail. Aldrich faces two counts of Felony Menacing and three counts of First-Degree Kidnapping.