The Global War on Terrorism With Al-Qaeda and ISIS Continues as Detailed in New Book 'Killing the Killers'. 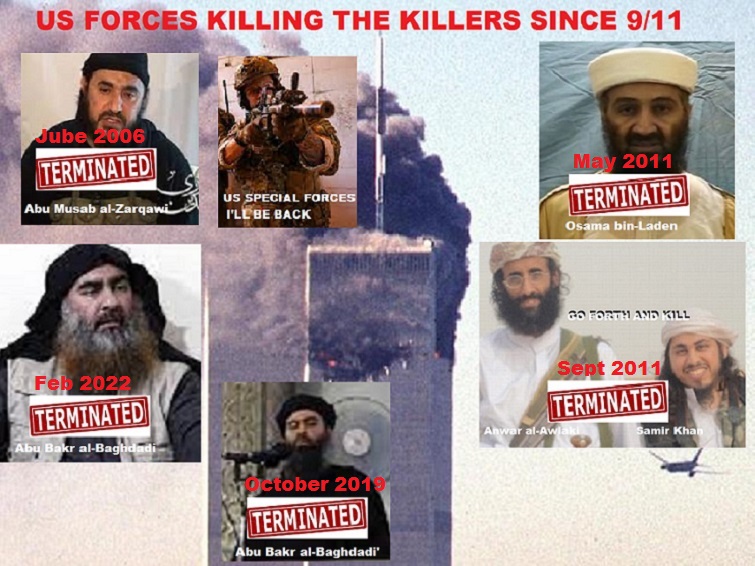 The Global War on Terrorism With Al-Qaeda and ISIS Continues as Detailed in Bill O'Reilly's  New Book 'Killing the Killers'. ISIS was founded by killer Abu Musab al-Zarqawi in 1999 in Iraq and gained global prominence, he was killed by US forces June 7, 2006. Killer Osama bin Laden served as emir of al-Qaeda from the organization's founding in 1988 until killed by US forces May 1, 2011. Al-Qaeda's head of propaganda Anwar al-Awlaki and Samir Khan that sent killers into Boston Marathon and New York City Times Square killed by US DOD and CIA operation Friday, September 30, 2011. In October 2019, President Donald Trump sent special forces to raid the home of ISIS leader and co-founder Abu Bakr al Baghdadi who was killed. Next on the list ISIS boss and killer Abu Ibrahim al Hashimi al Qurayshi killed by U.S. Special Operations Forces February 3, 2022. 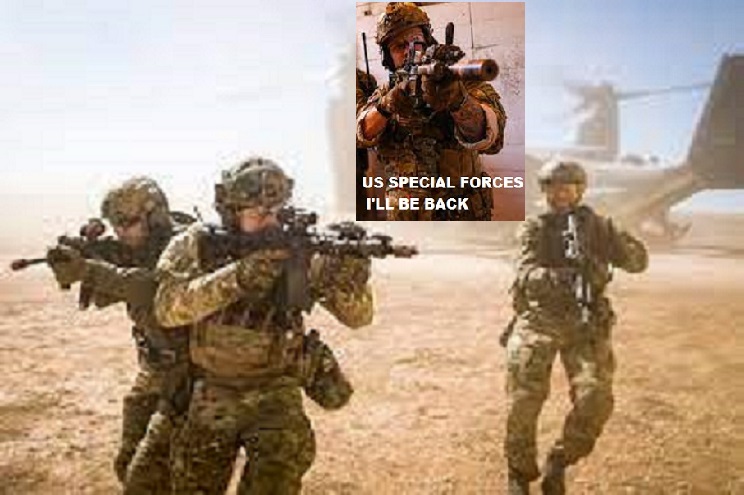 In the wake of the September 11 terrorist attacks, special operators were the first in Afghanistan. The Army's elite Delta Force launched a daring operation to take out Mullah Omar, the leader of the Taliban, in his own headquarters deep in enemy territory. While that was taking place, Green Berets were leading local anti-Taliban fighters to defeat the Taliban and Al Qaeda in a matter of weeks. When the insurgency threatened to destroy Iraq and foil US-led reconstruction efforts there, special-operation forces orchestrated an industrial-scale counterterrorism campaign. Tier 1 units — Delta Force and SEAL Team 6, now known as Naval Special Warfare Development Group — led the effort to dismantle Al Qaeda in Iraq with a relentless campaign of raids, sometimes as many as three at night. The 75th Ranger Regiment also took on a more significant role, going after high-value targets that in the past would've been assigned to the Tier 1 units. Green Berets trained the Iraqi counterterrorism unit that later led the brutal but effective fight against ISIS. 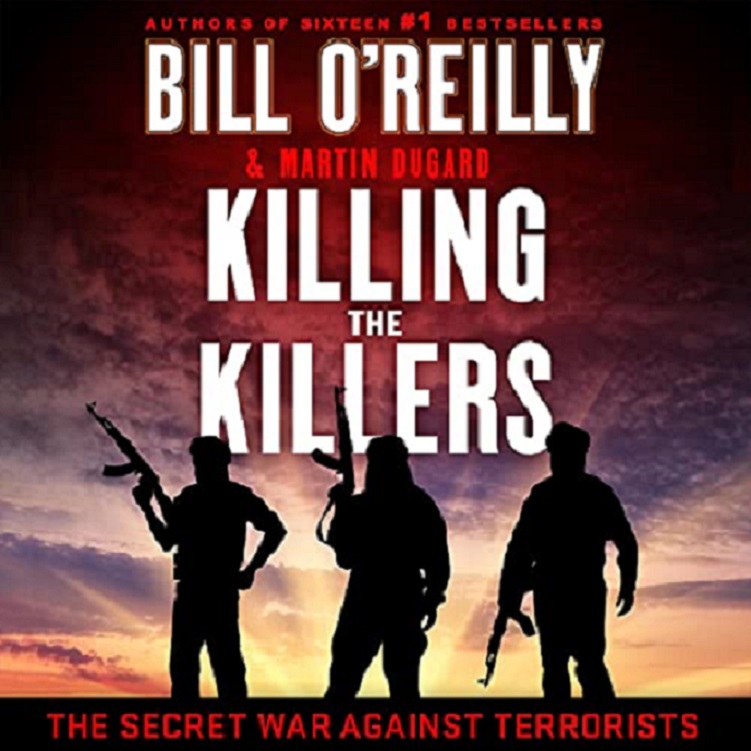 In new book 'Killing the Killers', number one best-selling authors Bill O'Reilly and Martin Dugard take listeners deep inside the global war on terror, which began 20 years ago on September 11, 2001. As the World Trade Center buildings collapsed, the Pentagon burned, and a small group of passengers fought desperately to stop a third plane from completing its deadly flight plan, America went on war footing. Killing the Killers narrates America's intense global war against extremists who planned and executed not only the 9/11 attacks but hundreds of others in America and around the world, and who eventually destroyed entire nations in their relentless quest for power. Killing the Killers moves from Afghanistan to Iraq, Iran to Yemen, Syria, and Libya, and elsewhere, as the United States fought Al Qaeda, ISIS, and the Iranian Revolutionary Guard, as well as individually targeting the most notorious leaders of these groups. With fresh detail and deeply sourced information, O'Reilly and Dugard create an unstoppable account of the most important war of our era.

UPDATE April 28, 2022 and so it continues, A former University of Alabama student was sentenced to more than seven years behind bars Wednesday for hiding financing to al Qaeda. Alaa Mohd Abusaad was sentenced to 90 months in prison, or 7.5 years. Alaa Mohd Abusaad, 26, had pleaded guilty in 2019 to a charge of concealing terrorism financing after telling an undercover FBI employee how to send money to terrorist fighters. Abusaad also told the undercover fed that “money” for the terrorists “is always needed, You can’t have a war without weapons. You can’t prepare a soldier without equipment.” The former college student told the agent to use fake names and addresses when sending electronic transfers to avoid detection by police. Abusaad introduced the UCE to a financial facilitator who could route the UCE’s money to “brothers that work with aq” (meaning al-Qaeda). Abusaad was born in Chicago, she moved to Tuscaloosa when she was 10-years-old. She was a resident and student at the University of Alabama until she married and moved to Ohio in 2018. Abusaad was also ordered to spend 10 years on supervised release following the prison term, federal prosecutors said.

Email ThisBlogThis!Share to TwitterShare to FacebookShare to Pinterest
Labels: The Global War on Terrorism With Al-Qaeda and ISIS Continues as Detailed in New Book 'Killing the Killers'.
Location: Sarasota, FL, USA