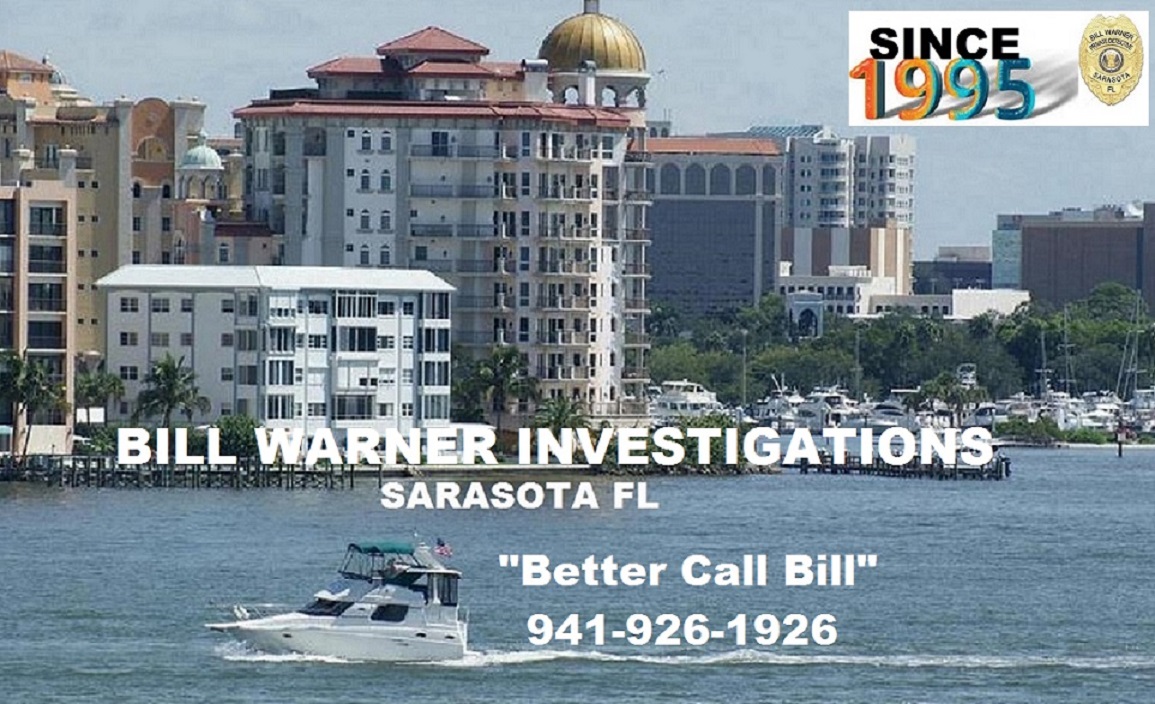 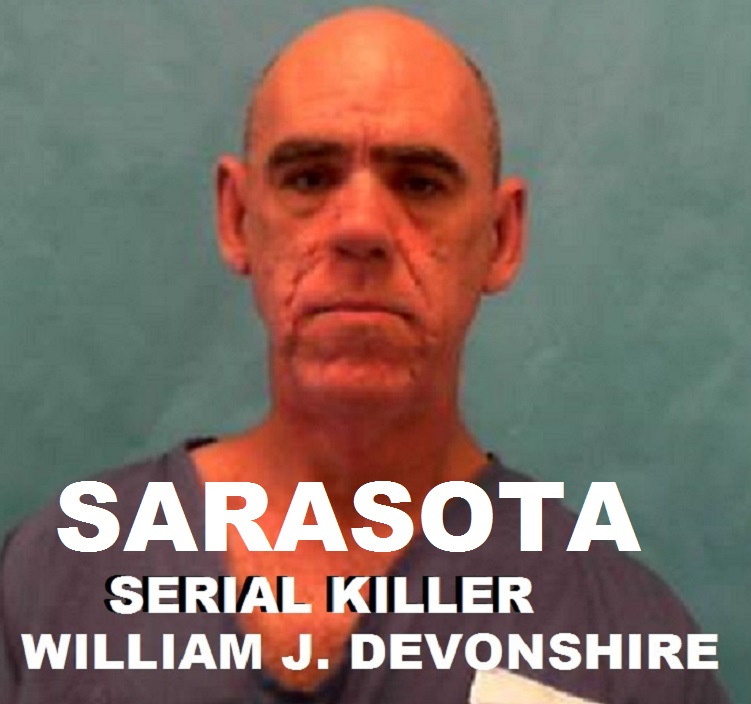 UPDATE June 6th, 2022: Serial killer William Devonshire dies in County jail good riddance to bad rubbish. Sarasota Police Dept pins 2nd local murder on him, that's at least 3 bodies on this goon. The Sarasota County Sheriff’s Office is confident he died from a medical-related illness but the official cause of death will come from the District 12 Medical Examiner’s Office. The Sarasota Police Department will now close the homicide case that happened in February 2022 and the homicide case that happened in March 2022 because of the death of Devonshire. The State Attorney’s Office of the 12th Judicial Circuit cannot continue to prosecute due to the death of Devonshire. In a 2015 Battery by Strangulation and Kidnapping arrest in Sarasota by serial killer William Devonshire, he told the woman victim that "Ill Kill You Just Like I Killed Him" (reference to his Delaware murder conviction). The incident occurred near the 10th Street Boat Ramp. The State Attorney's office foolishly dropped prosecution of this battery-strangulation-kidnapping case against William Devonshire in 2015, WHY? William Devonshire killed because he liked it, the 3 known murder victims are just the tip of the iceberg for this serial killer! Supposedly this dirtbag William Devonshire had a terminal illness, if the State Attorney office had moved forward with any of his multiple Sarasota arrests and prosecuted this goon, he could have and should have died in prison and not killed two women! Police said Devonshire voluntarily gave police a DNA sample that matched DNA found on Ripley's body during an autopsy. Devonshire, a homeless drifter, began his criminal career as a 14-year-old in Delaware. By the time he left prison in that state in 2013, he had been arrested more than 69 times, on charged including domestic battery, aggravated assault, sexual battery and robbery. In 2003, Devonshire was charged with first-degree murder. The charges were eventually reduced to second-degree murder. William Devonshire was released from prison in Delaware in 2013 and moved to Sarasota in November, lucky us.

It appears that William Devonshire's DNA should have been in the CODIS system since his release from prison in Delaware in 2013 and from Florida State prison release date of June 20, 2020 back to Sarasota, but was it? The national DNA database, known as CODIS, is arguably the most powerful crime-fighting tool in modern history. It holds more than 18 million people’s profiles and has produced more than 500,000 hits since it went fully online in 1998, according to the FBI. The database has also been used to reveal the true suspects in cases of wrongful conviction. But the system lacks thousands of profiles from convicted offenders and suspects — information that could hold answers to innumerable unsolved crimes, researchers and law enforcement officials say. Time to re-check CODIS for William Devonshire and any unsolved murder.

Serial Killer William Devonshire Attacking Women in Sarasota Since Nov 2013 Arrival From Newark DE On Parole for Murder IN 2003. This 6' 4" tall, 220 pound monster has been roaming amongst us in downtown Sarasota since Nov 2013. Ex-con William J. Devonshire, DOB 9/23/1969, decided this area was best for him after his parole for murder in Wilmington DE, lucky us. William J. Devonshire had arrests in New Jersey, Ohio, Indiana, Maryland, Wilmington Delaware (Mid Atlantic trucking routes) and Sarasota Florida, I get the impression William Devonshire worked as a long haul trucker. I-95 runs directly through Wilmington Delaware, a transportation hub, where William Devonshire had lived. William Devonshire is a convicted murderer, as a result of an incident which occurred on April 3, 2003 in the State of Delaware. Serial Killers like William Devonshire go after marginalized individuals particularly prostitutes, drug addicts and the homeless relatively easy marks as they tend to lose touch with family and friends and might have a history of disappearing for extended periods of time. There is no doubt in my mind that William "Bill" Devonshire killed the two homeless women along the north Tamiami Trl, in Feb and March of 2022, that makes him a serial killer with his prior murder conviction in Delaware. How many other bodies are on this monster is unknown.

William Devonshire's signature style of murder is blunt force trauma and manual strangulation. William J. Devonshire did time in the Howard R. Young Correctional Institution also known as Gander Hill Prison due to the neighborhood in which it is located is a Level 5 facility. In Sarasota, he grabs the women by the throat and strangles the life out of his victims with his bare hands after striking them in the head. Serial killer Ted Bundy was known to bludgeon his victims with a metal rod or a crowbar first and then strangling them. Murder by strangulation tends to be personal, the murderer likely doesn’t want to remove themselves from the act by stepping back and firing a gun—they prefer placing their hands on the victim and taking away their life, in a close and personal manner. Serial killers: 2,000. There are thousands of unsolved mysteries throughout America every year, many of which are homicides. Although it's impossible to arrive at an exact number of serial killers, officials at the Murder Accountability Project (MAP) estimate there are as many as 2,000 at large. "There are more than 220,000 unsolved murders since 1980, so when you put that in perspective, how shocking is it that there are at least 2,000 unrecognized series of homicides?" A serial killer is defined as anyone who has murdered two or more people, like William Devonshire.

Background: State of Delaware vs William J. Devonshire: On November 3, 2003, William J. Devonshire, DOB 9/23/1969, was charged by indictment with numerous offenses, including Attempted Robbery First Degree, which allegedly occurred on October 1, 2003. Kimberly M. Susi, the Defendant's former girlfriend/paramour and the alleged victim of the attempted robbery, was also a cooperating individual during the murder investigation and will presumably be a key witness in the murder trial of William J. Devonshire. On January 5, 2004, Defendant William J. Devonshire was charged by Indictment with Murder First Degree and Possession of a Deadly Weapon During the Commission of a Felony, as a result of an incident which allegedly occurred on April 3, 2003, he was convicted of the Murder in 2005, but did not receive a LIFE sentence, in fact he was back on the streets by mid 2013 in Sarasota Fl just 8 years later, WTF? William J. Devonshire, DOB 9/23/1969, prior address in 2003 was on Spruce Ave Wilmington, DE 19805 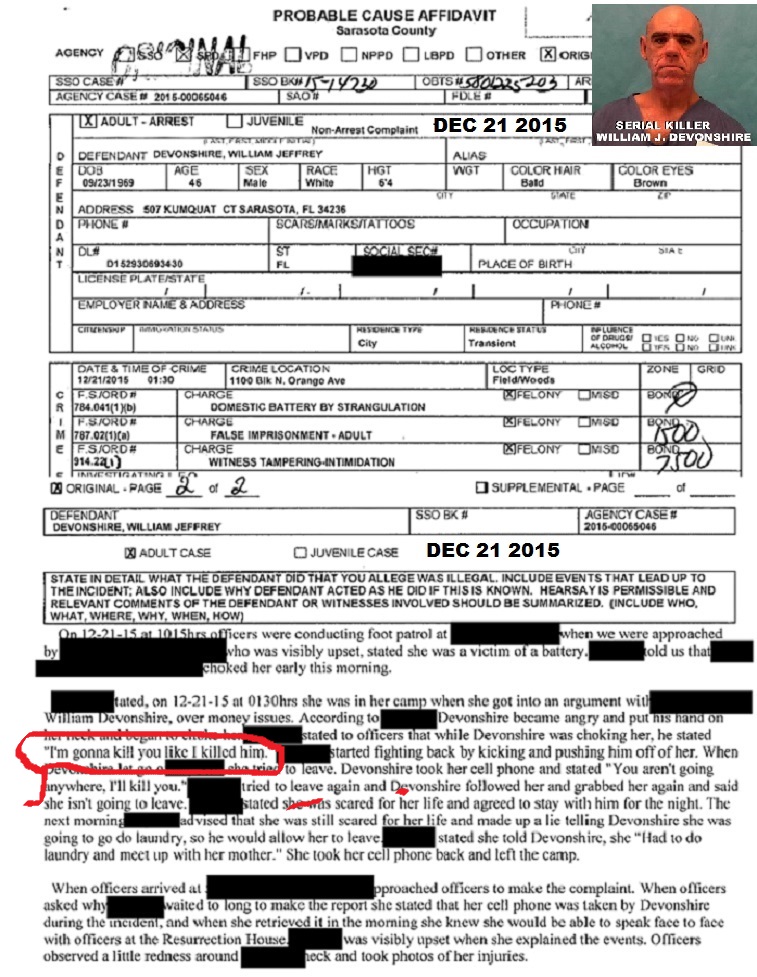 In a Sarasota December 2015 Battery by Strangulation and Kidnapping Charge, William Devonshire told the woman victim that "Ill Kill You Just Like I Killed Him" (reference to Delaware murder conviction) this incident occurred near the 10th Street Boat Ramp in Sarasota Fl. The State Attorney's office foolishly dropped prosecution of this battery-strangulation-kidnapping case against William Devonshire in 2015, WTF?
1). 784.041(2A) BATTERY - DOMESTIC BATTERY BY STRANGULATION PRINCIPAL THIRD DEGREE FELONY 01/22/2016 Dropped/Abandoned.
2). 787.02(1A) KIDNAP FALSE IMPRISONMENT-ADULT PRINCIPAL THIRD DEGREE FELONY 01/22/2016 Dropped/Abandoned.
How many bodies on this Ex Con William Devonshire he has criminal histories in New Jersey, Maryland, Indiana, Ohio, Delaware, and Florida including charges of assault, aggravated harassment, disorderly contact, battery, burglary, and murder. 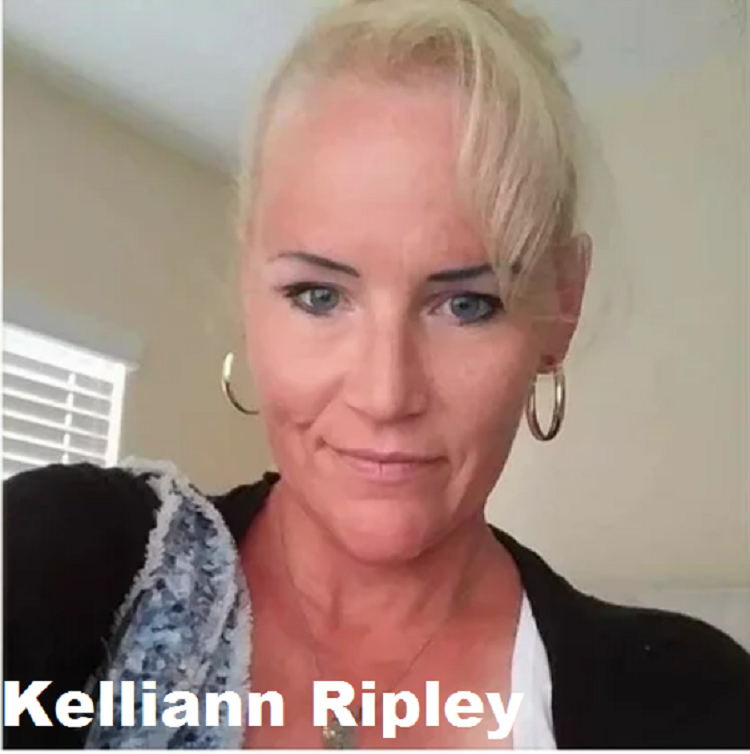 SARASOTA SERIAL KILLER: One woman, Kelliann Ripley, was murdered on Feb 25th near the 10 street boat ramp and then another woman, Vicky Levitch, was murdered on March 10th 2022 on N Trail Sarasota Fl about 1/2 mile north of the boat ramp. William Devonshire is a Serial Killer Targeting Homeless Women Along Sarasota North Tamiami Trail an Area Known for Prostitution, Drugs and the Homeless. This is not the first time a woman has been murdered or gone missing from the hotels and the streets along the North Tamiami Trail in Sarasota Fl. 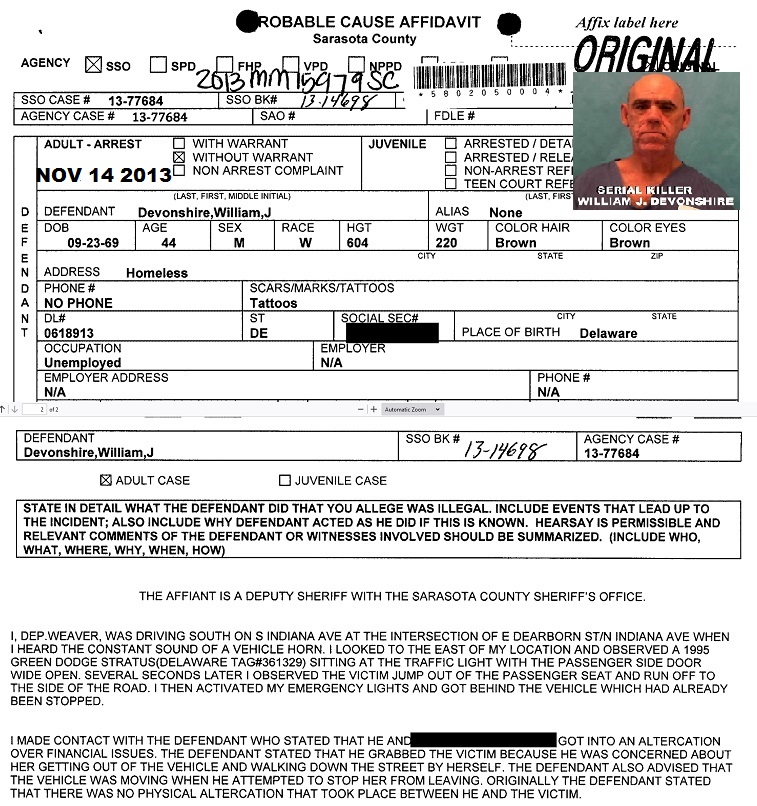 When William Devonshire first shows up in Sarasota County in November 2013 from Delaware, he was driving a 1995 green Dodge with Delaware license plate 361239, within days he had a women in the car and attacked her after she refused his sexual advances. The victim jumped out of the car near the intersection of E Dearborn St and N Indiana Ave in Englewood Fl. Luckily a Sarasota County Sheriff Deputy on patrol was nearby and interceded and eventually arrested William Devonshire on a Battery Charge, just the beginning of his crime spree in Sarasota. 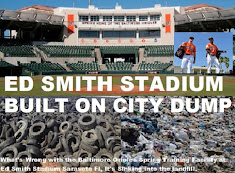