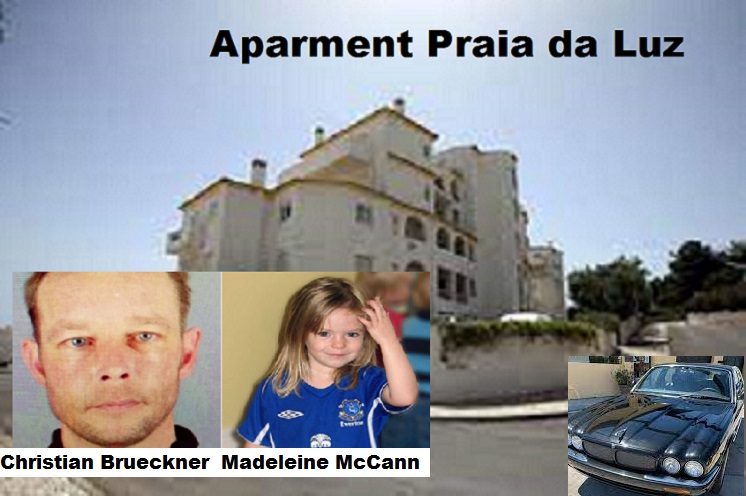 In 2004 Christian Brückner a thief and burglar was living in Praia da Luz and would enter apartments and hotel rooms when guests were at dinner. Brückner told close friends how he went after “tourist shit” like cameras, video cameras, passports, wallets or loose change, sometimes entering apartments while the occupants were taking a siesta or during the night. During the year of Madeleine McCann’s disappearance – two years after the rape – he was living in Praia da Luz, and he had been having relationships with various women over the years, including from Portugal and Germany, the court documents say. He was dating an English woman between 2004 and 2005, according to the documents, where her name has been crossed out. In more than 25 years, he flitted between the two countries, often escaping various criminal proceedings against him for the sexual abuse of children, but also drug-dealing, falsifying documents and driving without insurance. In 1999 the police caught up with Brückner for his early offenses, and he was returned to Germany to sit out his youth custody sentence. He returned to Portugal as soon as he could, earning enough money to buy a second hand Jaguar, a purple XJR 6, which has now been seized by German police and is one of the objects at the center of the investigation into Madeleine’s disappearance. In June 2017 he was arrested again and returned to Germany for a sentence of 15 months in prison for the sexual abuse of a child. After his release from prison, he found himself homeless and said he felt persecuted by the police who followed his every move, even as he slept on a park bench, he said. The man now identified as Brückner was described as a murder suspect. Investigators, the presenter said, “believe they know who Madeleine’s murderer is. They suspect a previously convicted German sexual offender of abducting the three-year-old. There is a lot of circumstantial evidence against the man.

Once a pedophile always a pedophile. 43-year-old child rapist Christian Brueckner is currently serving a 21-month sentence for drug trafficking in the German city of Kiel. If the separate case had been thrown out by the court, Brueckner would have been released when his current sentence is due to end on 7 January 2021. Girls' swimwear and 8,000 child abuse images were found by police investigating Madeleine McCann suspect Christian Brueckner, who has denied involvement in her disappearance. His lawyer Friedrich Fulscher said he has spoken to the convicted rapist who is currently in solitary confinement in a German jail.But he refused to say anything further beyond the denial as it emerged police found items of children’s clothing, including several girls’ swimsuits, in a Tiffin Allegro motor home that Brueckner used in Germany. Six USB sticks with 8,000 vile child abuse images were also found among the bones of a dead dog at his derelict home in Germany. German prosecutor Hans Christian Wolter confirmed he had written to the couple saying that Madeleine is dead – but without revealing how this was known. The McCanns said they had not yet received the letter.