Unsolved Murders of Woman Along Florida I-4 Interstate Highway FBI Claims a Long Haul Truck Driver Is Responsible. Sarasota Private Eye Bill Warner was Featured in Part 6 of the Edgy A&E 8 Part Docu-Series 'The Killing Season'. I have been Focusing on the I-4 Serial Killer Who Appears to be a Trucker Roaming the Roads. A&E SERIES THE KILLING SEASON "A Killer On the Road: After private investigator Bill Warner's alarming revelation that there exists long haul truckers moonlighting as serial killers terrorizing America’s interstate system. I have done extensive research into multiple unsolved murders, mostly young women involved with drugs and prostitution along the I-4 corridor. 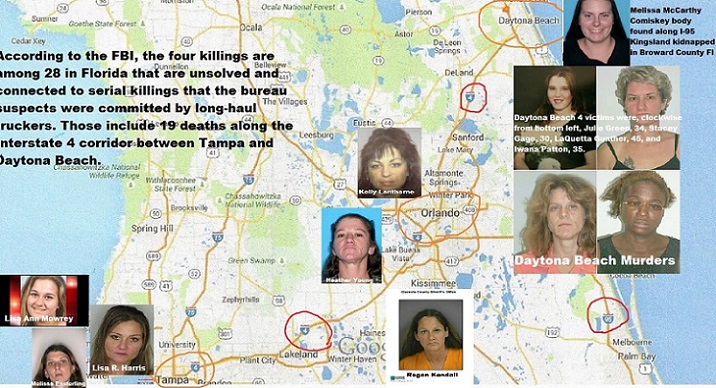