ICE 2002 Operation Green Quest Investigation of Terrorist Support Network in Sarasota Fl, I Was There 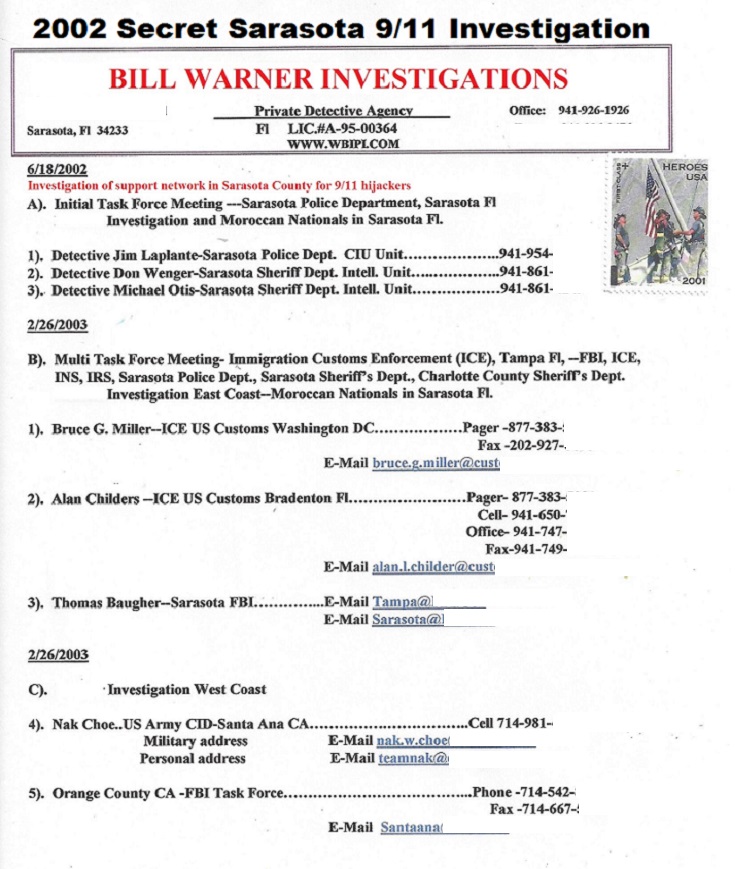 On Feb 26, 2003 I attended a meeting in Tampa FL at ICE/US Customs Service headquarters by Tampa Int Airport concerning an investigation into "trade based" terrorist funding originating out of Sarasota Fl: Led by the U.S. Customs Service (ICE), and included agents and analysts from the Internal Revenue Service (IRS), the Secret Service, the Bureau of Alcohol, Tobacco and Firearms (ATF), the Office of Foreign Assets Control (OFAC), the Financial Crimes Enforcement Network (FinCEN), the U.S. Postal Inspection Service, and the Naval Criminal Investigative Service. Federal prosecutors from the U.S. Justice Department's Criminal Division also formed an integral part of Operation Green Quest. The director of Operation Green Quest was a senior special agent from U.S. Customs (Bruce G. Miller) and the deputy director is a senior special agent from the IRS. 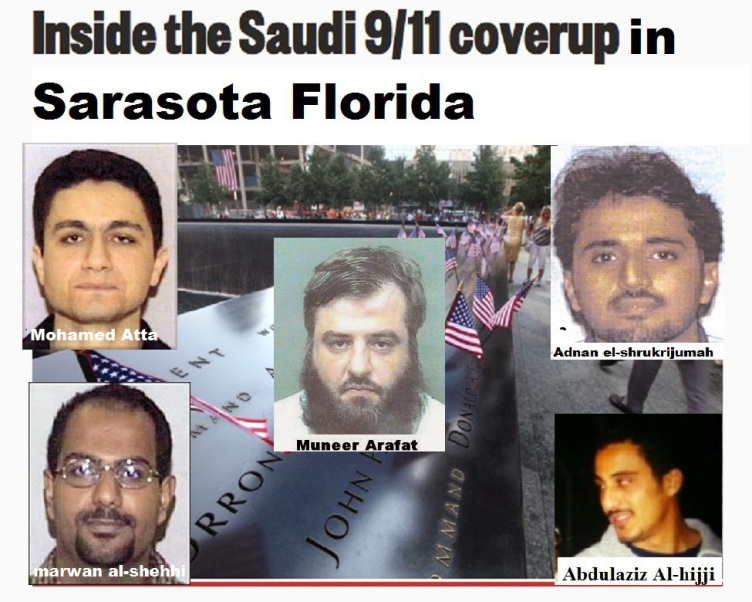 ICE along with Sarasota Police Intel unit and Sarasota County Sheriff Dept Intel unit and myself were the nexus of a 2002 "trade based" money laundering investigation in Sarasota Fl that was eventually taken over by FBI agent Thomas Baugher when it linked to support of terrorism in June 2003. Same time frame as the so-called 2002 FBI Secret Sarasota Investigation of Abdulazziz al-Hijji’s clan in Prestancia Sarasota Fl and their links to 9/11 terrorist pilots. A’int no coincidences in terrorism as FBI agent Thomas Baugher told me on several occasions in 2002 and 2003, I was there and involved in undercover work obtaining nexus connections.

October 26, 2001 Feds Launch 'Operation Green Quest' The government is assembling a team of financial sleuths to cut off terrorists from their lifeblood - money. Under Operation Green Quest, law enforcement people with financial expertise will investigate how terrorists move their money and where, the Bush administration announced in Oct 2001. The government would use the findings to freeze financial assets, seize money, impose fines and launch legal proceedings, including criminal prosecutions. Using undercover operations, electronic surveillance, cell phone records and other techniques, the special investigative team will closely examine underground financial systems, illicit charities and corrupt financial institutions. It also will target other funding mechanisms for terrorists, including counterfeiting, credit card fraud, cash smuggling, trade based (used cars) money laundering and drug trafficking. "The lifeblood of terrorism is money, and if we cut the money we cut the blood supply," said assistant attorney general Michael Chertoff, the head of the Justice Department's criminal division. 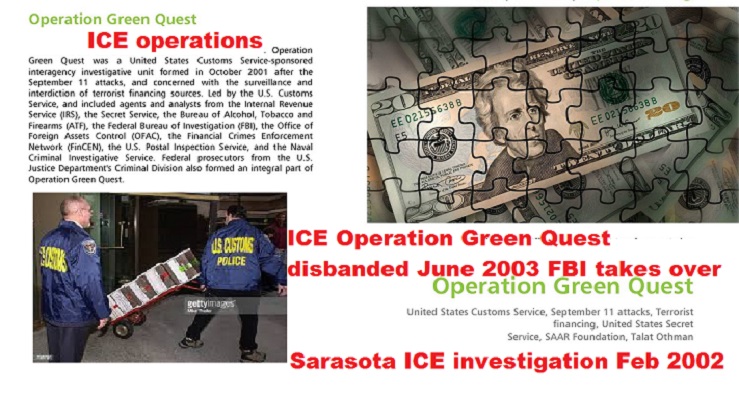 A subsequent Sarasota terror financing investigation started up by agents with the Secret Service in Tampa Fl was also shut down by the FBI. I was paid a total of $3,000 for my efforts in the Sarasota terror funding investigation. A ICE agent in Bradenton submitted a request for payment to the "Rewards for Justice Program" for my behalf, but the FBI quashed the request as they did not want the State Dept to reveal an ongoing terrorist support investigation in Sarasota FL. 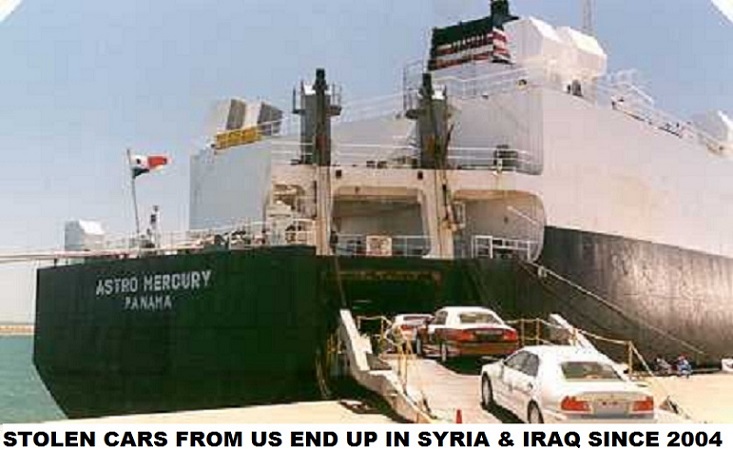 Dec. 16, 2011 — -- More than two dozen U.S. car dealerships were allegedly involved in an international half-billion-dollar money laundering scheme for Lebanon-based Hezbollah, a group considered a terrorist organization by the U.S. government, federal officials said. Federal agents served restraining orders and grilled employees at as many as 30 used car dealerships around the country, as part of a civil case that also named a Lebanese bank and two exchange houses as part of the plot. According to a 62-page complaint filed in Manhattan federal court, the scheme involved the purchases of used cars in the U.S. for shipment and sale abroad with funds provided by the banks, currency exchanges and associates of the Lebanon-based terrorist group.The restraining orders are intended to seize the assets of all of the used car dealerships named in the federal complaint, according to the Drug Enforcement Agency."We're looking to shut down this trade-based money laundering scheme," DEA agent Derek Maltz told ABC News. Osama Sam Mustafa owned used car lots in San Diego and in Tampa Fl. 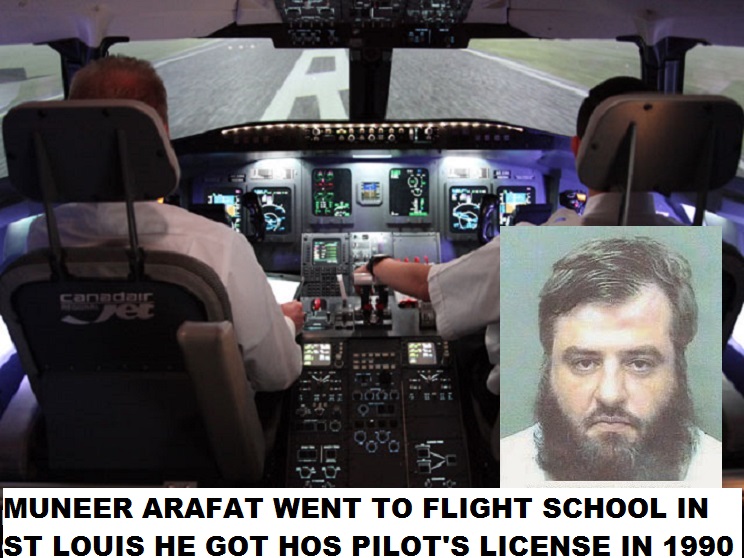 Jihad Preaching Imam Muneer Arafat Had Pilot's License From Parks college in St Louis Before Coming to the Sarasota Mosque in March 2000, and just prior to 9/11 Kamakazi Terror Pilots Mohamed Atta, Marwan Al-Shehhi and Ziad Jarrah arrival in July 2000 in Venice Fl and then Laurel Ave W Nokomis Fl until Jan 2001. Suiciders Mohamed Atta, Marwan Al-Shehhi and Ziad Jarrah all took pilot training courses in Venice and then Sarasota Fl. 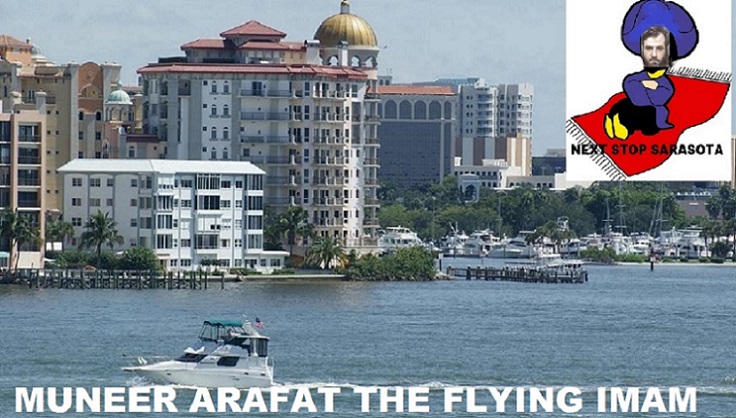 The flying Imam Muneer Arafat was a 4 year Grad of Parks College of St. Louis Univ with a BS in Aero Space ENG, Sept 1986 to April 1990. Parks College of St Louis Univ is a flight school. In Muneer Karem Arafat's current 'bogus' online resume, (Muneer K looking for work), he claims that while he was the Imam at the Sarasota Mosque and the Boca Raton Mosque in Fl that he worked there as a "financial advisor", LOL. Imam Muneer Arafat was a well know jihad preacher in the East St Louis area prior to coming to Sarasota in 2000 after purchasing a 2000 blue Isuzu Trooper SUV. No one buys a new car (in 2000) to drive to and live in Brooklyn NY for a number of years, a car in NYC is a liability. Muneer Arafat purchased a Isuzu Tooper SUV in Jan 2000 in East St Louis IL to drive to Sarasota Fl and for him to use and get around on a daily basis, a vehicle is a necessity in Florida. The flying Imam Muneer Arafat is a large man at 5'11 and 270 lbs, he was known as the '2 Whopper Imam' for his love of Burger King fast food in the St Louis area. 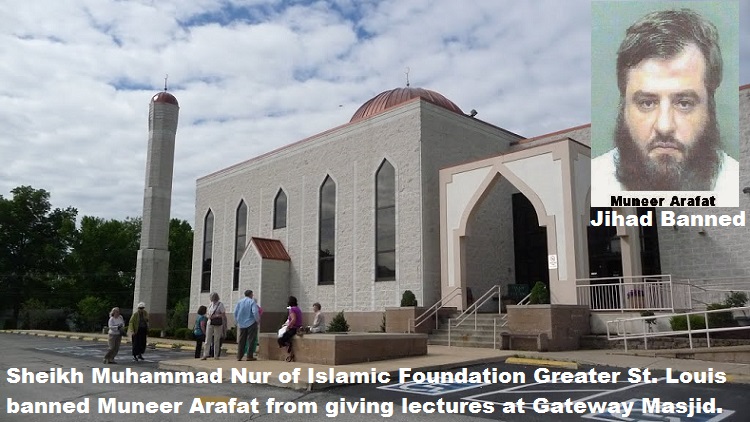 In St. Louis, 1996 to 2000, Muneer Arafat became a well-known lecturer at different Masjids and built up quite a following. Muneer Arafat gave lectures at local mosques that almost exclusively focused on Jihad week in and week out and this got him into trouble with Sheikh Muhammad Nur of the Islamic Foundation of Greater St. Louis who at one point banned Muneer Arafat from giving lectures at the Gateway Masjid. Jihad preaching Imam Muneer Arafat banned in St Louis but welcomed in Sarasota in March 2000, what the hell? In early 1999 Muneer Arafat and Ziyad Khaleel lived in Manchester, Missouri, and both were linked to Columbia College in St. Louis. Upon moving to Columbia, Missouri, he was known as Ziyad Khaleel, but began using the surname Sadaqa as early as 1996. That year he was a fundraiser and one of eight regional directors of the Islamic African Relief Agency (IARA), which the government later determined was a front for al-Qaeda and Hamas. 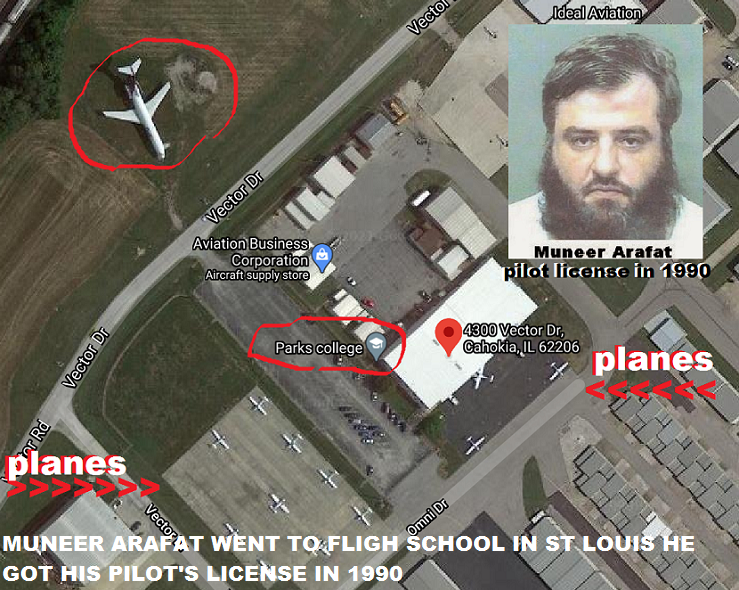 IMAM MUNEER ARAFAT WENT TO FLIGHT SCHOOL IN ST LOUIS, HE GOT HIS PILOT'S LICENSE IN 1990: The flying Imam Muneer Arafat lists on his resume, Parks College of St. Louis Univ BS in Aero Space ENG Sept 1986 to April/1990. It appears that Muneer K. Arafat came into the US on a student visa around 1986. At Federal trial of Sami al-Arian in 1995 in Tampa Muneer K. Arafat said he meet terrorist Sami al-Arian at a conference of the Islamic Committee for Palestine in St. Louis in 1988. Muneer Arafat rejected Sami Al-Arian's invitation to join Palestinian Islamic Jihad as he was already a member of a another terrorist group, both men are Palestinians. Under cross-examination by Al-Arian’s attorney, William Moffitt, Arafat admitting lying in the past on resumes, job applications and a voter registration form. Arafat also testified that the government has paid him a total of $35,000 since 2003 to cooperate with them (wear a wire).

Muneer Arafat the flying Imam: At Parks College of Engineering Aviation and Technology trains students to become skilled pilots as well as strong industry leaders. Flight School in aviation, planes, hours, certification. The Center for Aviation Science is housed at the St. Louis Downtown Airport, located at 4300 Vector Drive in Cahokia, Illinois. Students enrolled in SLU’s Parks College aviation program are able to fly within weeks of their freshman year, and continuously gather more and more certification throughout each year of the flight science degree program. 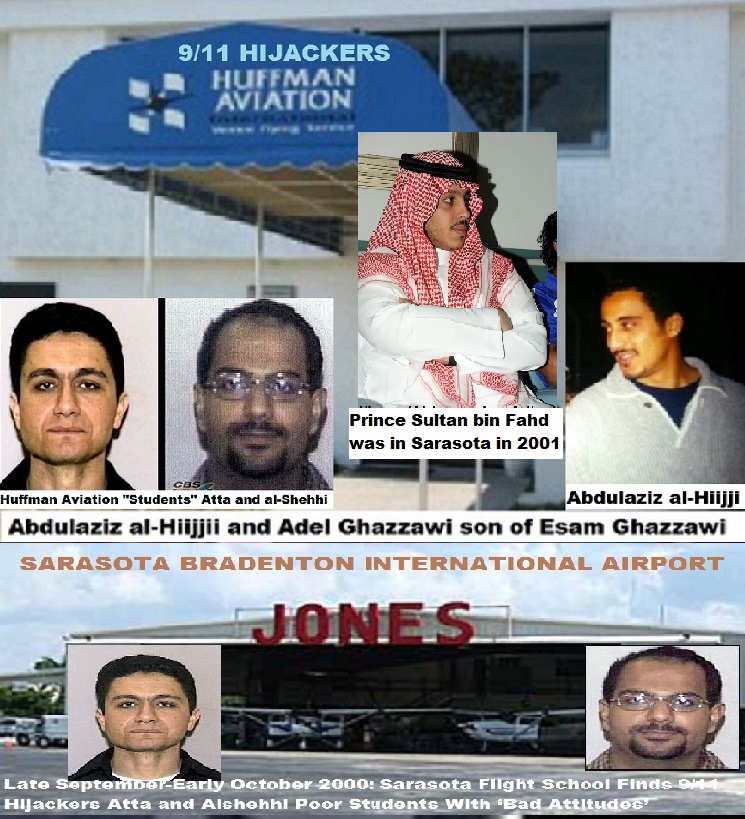 April 3rd 2002 FBI report indicates that at least two people linked to the al-Hijji house in Prestancia Sarasota Fl were taking flight lessons at Huffman Aviation with the 9/11 hijackers in the year 2000. Individuals tied to Huffman Flight School and 9/11 Hijackers by FBI linked to 4224 Escondito Circle Sarasota as family members appear to be Abdulaziz al-Hijji and Adel Ghazzawi son of Esam Ghazzawi. In the year 2000, Sarasota Saudi’s Abdulaziz al-Hijji then age 27 and his brother in law Adel Ghazzawi then age 30, were contemporaries of 9/11 Hijack Pilots Ziad Jarrah then age 25, Marwan Al-Shehhi then age 22, and Monamed Atta then age 32 who all appear to have taken Flight Training in Venice Fl at Hoffman Aviation at the same time, small world, eh? It appears the Adel Ghazzawi had been staying at 4224 Escondito Circle Sarasota, he also was linked to a address in nearby Longboat Key Fl. Interestingly the flying Imam Muneer Arafat at the Sarasota Mosque who has ties to al-Qaeda members before coming to Sarasota Fl in 2000 also had taken advanced flight lessons, small world, eh? 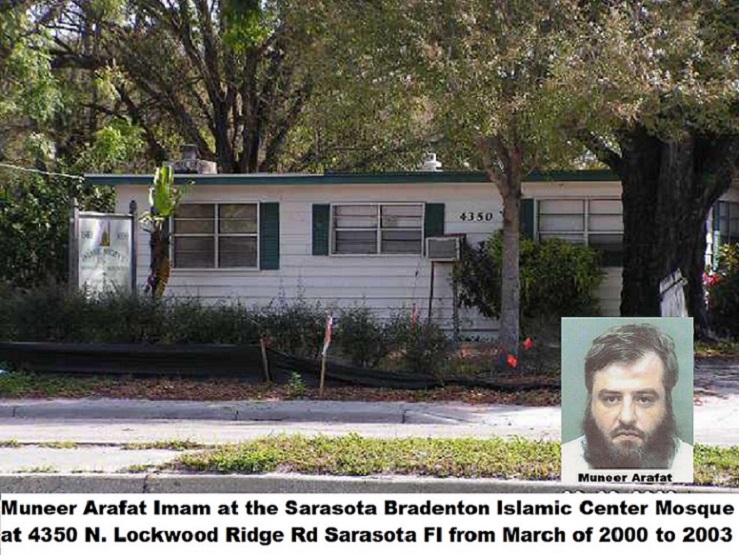 The only Sarasota FBI terrorism investigation I am aware of that took place in from Feb 2002 through all of 2003 is the one run by FBI agent Thomas Baugher and involved Abdulaziz and Anoud al-Hijji who just happened to have attended the same Sarasota Mosque where the Imam was Muneer Arafat from 2000 to 2003 and it became known that Arafat later worked for the FBI as an undercover CI wearing a wire in December 2002 through all of 2003. It is no coincidence that Sarasota Saudi Abdulaziz al-Hijji, convicted and jailed terrorist Wissam Hammoud and Al-Qaeda terrorist Adnan el-Shukrijumah played soccer at the local Islamic Society of Sarasota and Bradenton during 2000 and into 2001. It is no coincidence that Abdulaziz al-Hijji was visited multiple times from the summer of 2000 and into 2001 by Mohamed Atta, Waleed al-Shehri and other 9/11 Al-Qaeda hijack pals at 4224 Escondito Circle in Sarasota Fl. Sarasota Fl was Terror Central from the summer of 2000 and into 2001. 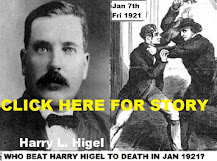 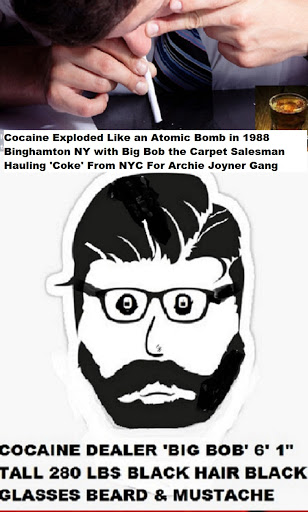 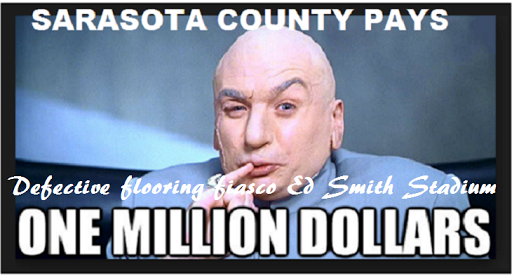 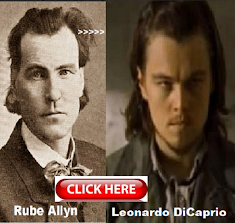 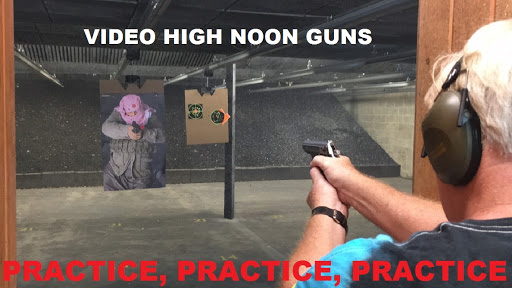 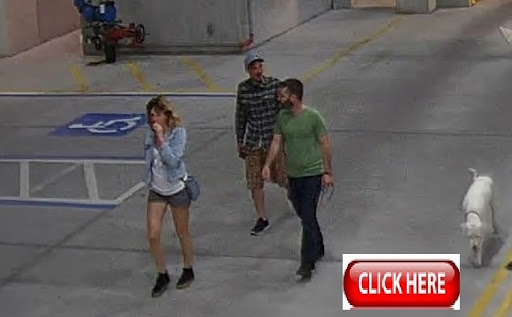 3 individuals seen exiting an elevator in parking garage After they left, a control panel was found damaged estimates at $18,000. Photos shared on SPD social media pages